Man down, I repeat man down.  Well not a man, but an Ivy down.  The Mountain Goat may have over done it and was out for today.  We were able to extend our check out at the Swann Inn in Wotten-under-Edge and she slept until around noon.  She and I then caught a taxi to Chipping Sodbury to Coffee#1 where we made camp until we were able to check into the Noades Studio B&B.  Oddly enough, I met ANOTHER gal from South Carolina who had just moved here in January.  I heard her accent before she heard mine and it brought a sense of comfort knowing another Southerner was near.  When she took my order she made mention that I was far from home and told me where she was from.  I was so overcome that when she reached out to take my money, I shook her hand instead of giving her what I owed.  But being a well brought up Southerner herself she did not point out my slip-up but instead shook my hand and then reached back out for the cash. 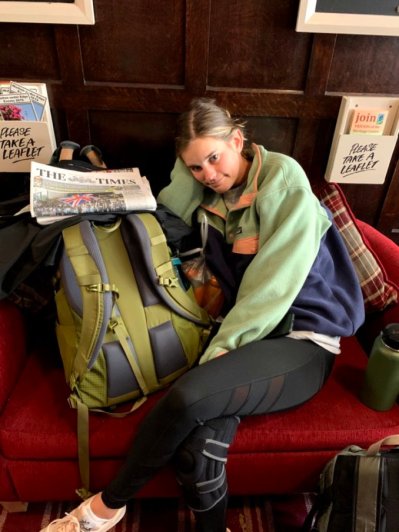 Frank you may ask?  Well, since this whole trip was really his idea we insisted he plug on for the good of the team.   I’m sure he’ll post some pics from his solo walk, but he has reported that it was pretty much similar to what we’d seen.  He may have just been trying to make us feel better.  While waiting on him I asked our hostess, Jane, if she would mind if I walked around in her garden to take some pics.  I have lots of ideas to bring back.  Not a terrible place to convalesce. 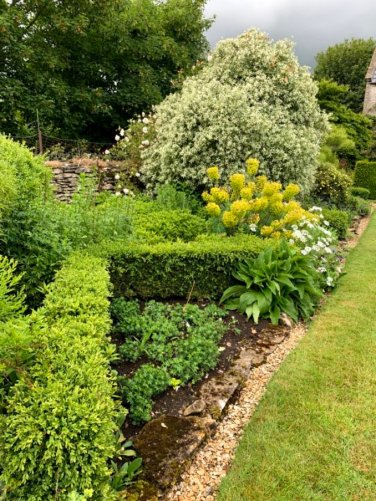 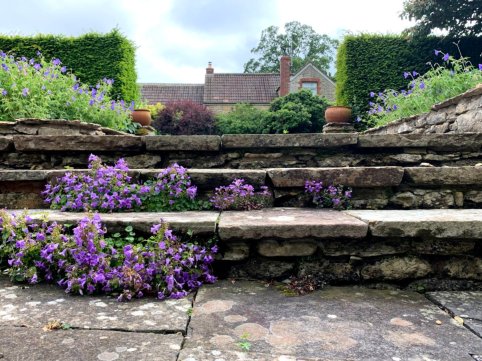 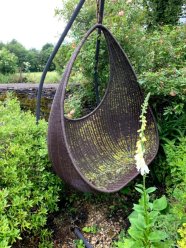 While also secretly trying to work on my Fitbit stats, determined to get at least 10,000 some how my the end of today, I walked up and down this road waiting for Frank to arrive as the Way is just at the edge of the property.

These poor British folks even stopped to ask me for directions…me and Google maps weren’t much help.

So, tomorrow is the last walking day from here to Bath (17 miles) and looking like Frank may be solo again.  If anything we may try to meet him to make the last stretch into the town and on to Bath Abbey.  Really appreciate any prayers and good vibes if you have some to spare.

Good night from the Cotswolds!